The days are intense at Tag of Joy as our small tackles several exciting projects still having to hold an eye on “Monster Buster: World Invasion” development timeline set for the future. Today is the day when we are talking about latest landmark for “Monster Buster: World Invasion” – update 1.0.8. The update hit the Windows Phone Store last week and it coincided with 150.000 players who downloaded and played our game. We are really happy that you like “Monster Buster” and we cannot wait to shape it into a game you’ll loose your heads for (if you didn’t by now). Thank you for playing.

Three toxic baddies join the ranks – proud emerald dragonoid Jiao Xin, cute unidentified flying object Tito and the mighty Leonidas. What’s more interesting that two of the monsters have new unique abilities: Leonidas can cast Indoctrination – agile spell to lower defense and attack of the opponent, Tito can perform Toxic Charge what is a deadly finishing move, dealing a lot of damage, but restoring health of the target if it’s not dead. All three monsters represent toxic Slimes gang.

COLLECT COINS WHILE YOU OPPONENT PREPARES AN ATTACK

What you’ll see after the first or the second hit you land on your opponent is that some coins drop out. The good news is that you can collect them by tapping. Those coins comes as a bonus reward for your fight and stay even if you loose. 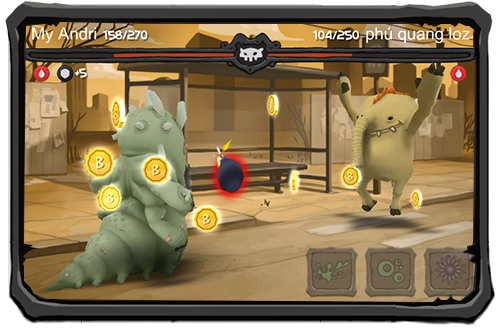 Falling coins is not the only change you will encounter in this update. The position where you have to stop the attack gauge marker for best attack will change with each ability cast. The success of the blow will be represented by words from “Weak” to “Perfect”. Critical hits will also be visible and information about buffs, debuffs, damages or heals over time will be presented bellow the health bar of the corresponding monster. With all those cosmetic changes comes the revamp of the combat formula, where damage and damage absorption are calculated in a new and improved way. 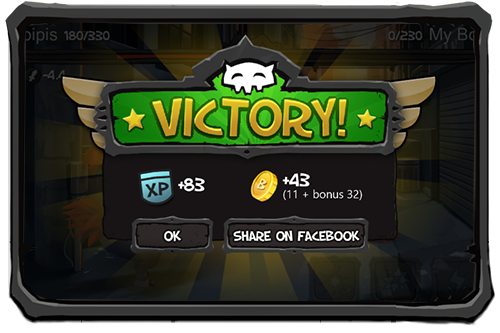 If in update 1.0.5 we introduced new special effects for spell casts, this update comes with new sound effects for whole game. Also we added new animations and now you can even interact with your monster in monster management screen. 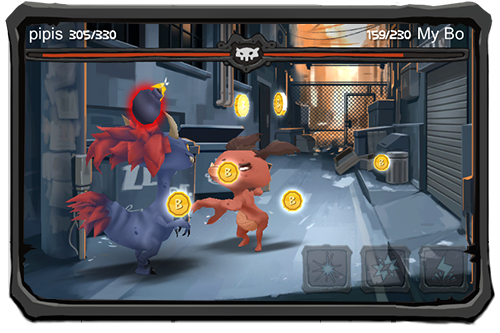 Monsters now do not restore health immediately after fight. They do it over time. You can restore their health instantly by paying with coins or you can wait and take another monster for a fight. The monsters have minimum health threshold – below that and your monster will not go to fight. 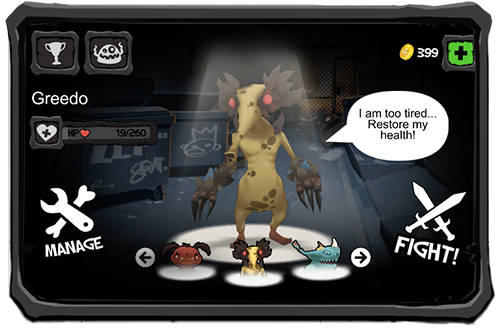 We also made fixes to solve graphics issues for newer devices.

Thank you and have a nice time busting those monsters,
Tag of Joy.