Since “Monster Buster: World Invasion” is fast approaching the global launch on iOS (for iPhone and iPad), we’re making some final touches. One of the major additions is the support for multiple new languages!

We know that people all around the globe are playing or want to play Monster Buster, and we want to make it as accessible for them as possible. That’s why we’ve added 6 new languages to complement English: German, Spanish, French, Russian, Italian and Lithuanian. Here’s a little preview of how it looks: 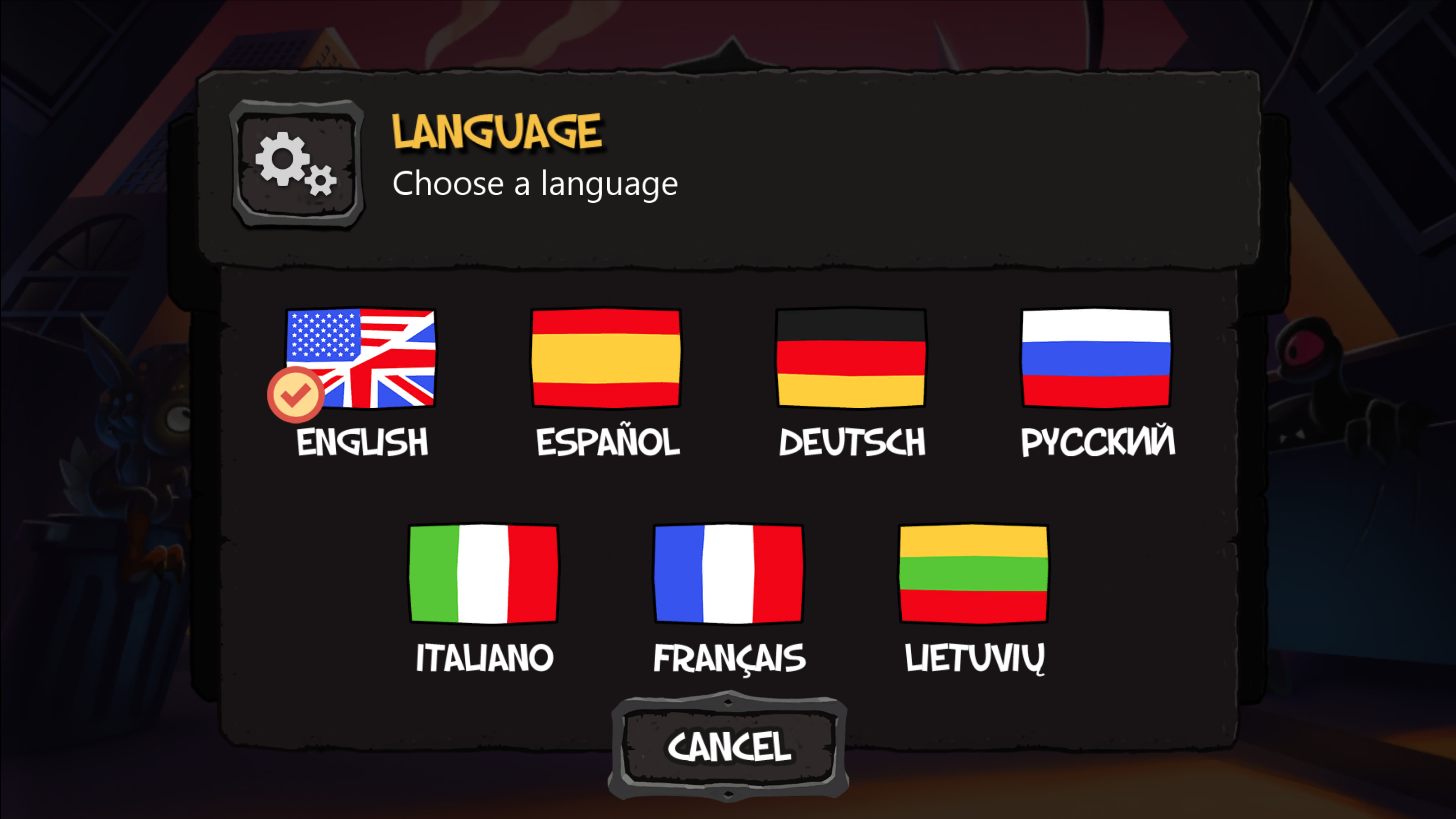 In the three countries where Monster Buster has been soft launched, you can already play it in one of the mentioned languages (the link leads to the App Store in New Zealand, but you will be able to download it in Netherlands and Lithuania, as well). And tomorrow you’ll be able to play it in your country, too:

Don’t forget to subscribe, so that you don’t miss the news about the upcoming releases:

Thank you, and keep busting monsters,
Tag of Joy.